A Tribute To Dr. Ernest Borges On World Cancer Day


A Tribute To Dr. Ernest Borges On World Cancer Day

Today is WORLD CANCER DAY. Many articles will be written. I have witnessed ‘cancer’ from close quarters, as my mother suffered from it. Suffered would not be the appropriate word, I would rather say she braved her way through it, fought against and survived, oops no, not just survived but enjoyed every moment of her life because of sheer will power and her faith in her doctors.  It was in the year 1958 that she was diagnosed – cancer of thyroid gland. My father too had cancer – colon cancer and she realized from her own symptoms that she too must be suffering from the dreaded disease and went straight to Dr. Borges, who had become more than our family friend, by then. Cancer was confirmed.

Dr. Borges, as you will know, was as an internationally respected cancer specialist attached to Tata Memorial Hospital, Bombay, which he headed for many years till constant exposure to radiation, while treating his patients, claimed his life. Is remembered much after his death by some of his still surviving patients, like my mother and all those, both professionals and lay persons, who came in contact with him for his profound knowledge of oncology and, even more so, his kindness, dedication, diligence, compassion and altruism. Participated in several medical conferences in India and abroad, has a number of publications to his credit, was founder member of Catholic Medical Guild of St. Luke, Bombay and was elected in 1966 the vice president of International Federation of Catholic Medical Associations. He was also a deeply religious man. A legend in his life-time, after his death, Goa and Bombay honoured his memory by naming some important roads after him. 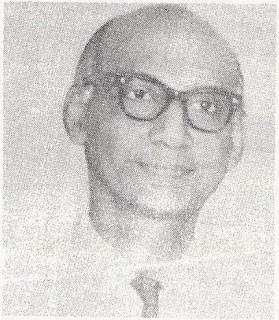 Dr. Ernest Borges, considered my mom as his sister and hence declined to operate on her then telling her ‘she being his sister he couldn’t put a knife on her’ and his student, Dr.Praful B.Desai would perform the surgery instead’. May be it was his way of introducing his student to his first surgery at the same time putting the patient’s mind at rest. All went well for my mother. She was indebted to both of them and of course to the Almighty. She would quite often express these feelings of her having full faith in both of them and she was so very grateful to them for enabling her to lead and live normal life. Incidentally, prior to my mother’s death, Tata Memorial Hospital records showed my mother as ‘the longest surviving cancer patient’ with her photograph below it and which would often be circulated among the resident cancer patients as a morale booster. In fact, Dr. Borges would tell me, “This lady deserves ‘A Nobel’, if there was one for fighting so bravely against such a dreadful disease. I admire her will power and desire to live.” Incidentally, Dr. Borges passed away in 1969, much before my mother did. Even after the surgery she religiously followed her doctors' advice and underwent radiations and chemotherapy regularly.

Yes, she had this desire and own reasons to survive, first it was for her son (that’s me),who was schooling, then - She would say, " Doctor, I always tell my God, my son is young, let him ---then He can take me."  The list was log and kept changing  - wanted him to complete his graduation, then getting employed, then wait for his marriage and those of her daughters and then to see her grand children and got the bonus of seeing her great- grand - child as well. Now she had fulfilled her desires. Now she no longer any reasons to live and she had nothing to look forward to. Everyone was doing reasonably well in life. It was her moment of contentment. She no longer had any more of that desire to live. She simply passed away on 30th August, 1988 many years after her doctor – Dr. Ernest Borges, the eminent oncologist, had passed away. We all are indebted to the entire BORGES FAMILY and Dr. Prafulla B, Deasi, who is today a top consulting cancer surgeon and recipient of Padma Bhushan.

Posted by Vinay Trilokekar at 20:49